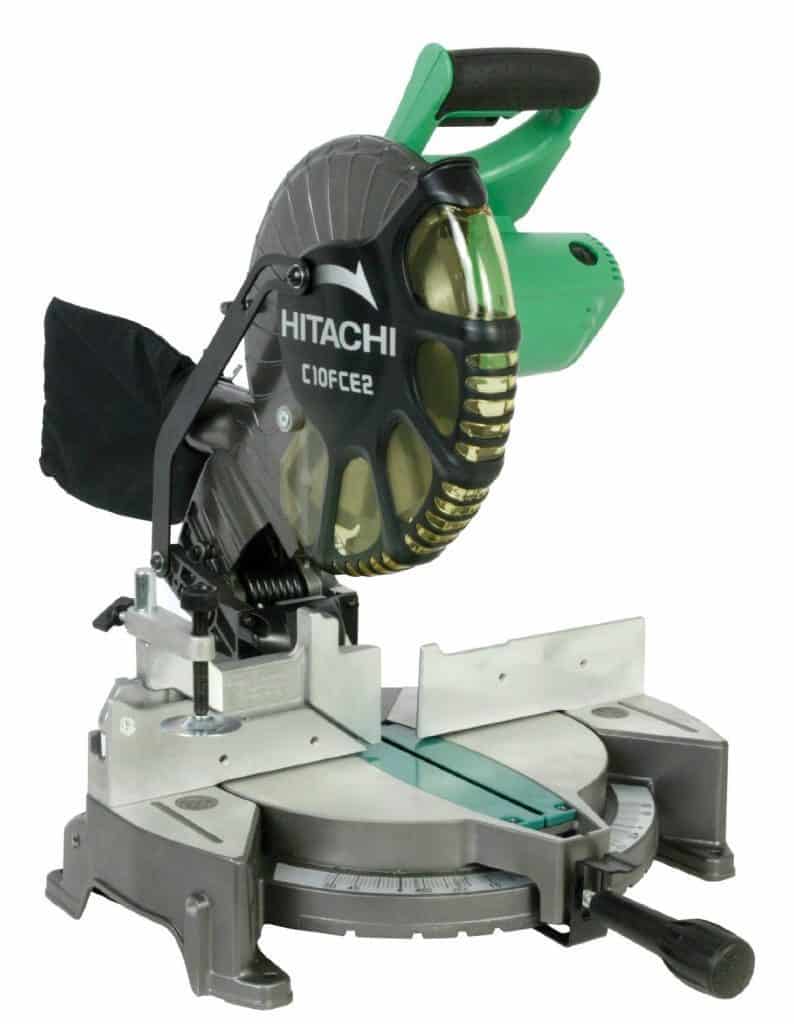 For some jobs out there in the world of woodworking, you need a saw that will be able to keep up with you and handle any amount of work that you end up throwing at it. If you’re a farmer, someone who frequently does work on various types of trims, or are simply a dedicated woodworker, you know and understand all too well the importance of owning a miter saw that has your back through every project you throw at it. However, finding such a saw without spending an absurd amount of money is often easier said than done. There’s no shortage of powerful miter saws out there that are capable of all your demands, but if you’re looking to get one on a bit of a budget, you’re looking at a rather difficult task. We know how stressful this can be, so that’s why we scoured through the Internet and found the Hitachi C10FCE2 15-Amp 10-Inch Single Bevel Compound Miter Saw. It’s powerful, intuitive, and won’t cost you a fortune at the same time.

All in all, Hitachi created a real winner with the Hitachi C10FCE2. This is a miter saw that will be able to keep up with you throughout a great number of projects, and will deliver smooth and accurate cuts at the same time.

The cost of this particular saw is extremely low when you consider all of the horsepower that it’s packing in, and that value only goes up when you take into consideration all of the extra goodies that you’re getting as well. Although some of those accessories don’t perform as great as some people would like, it’s not nearly enough to take away from this saw as a whole offering.